I'll show you how I came up with the idea for my online business, show just how minimal the first version was, and show how I went about marketing it. Then I'll give two examples of where I failed to use minimal viable product reasoning and how it caused untold waste. 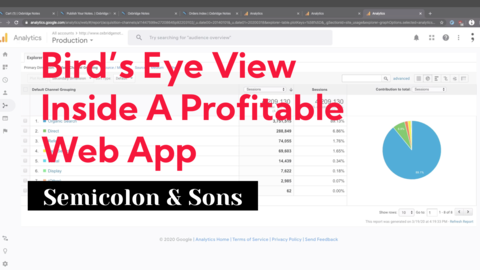 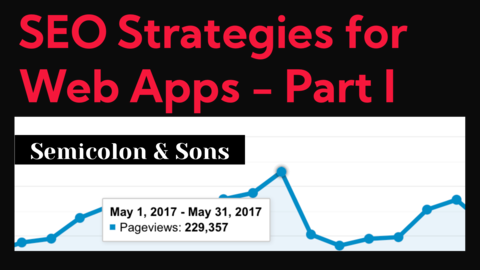 Here is the initial stack for a piece of software that has been alive for 10 years.

This is the second episode of the “Inside The Muse” series where I give you a behind the scenes tour of Oxbridge Notes, a web app I own and have run for about 10 years now.

The topic of today's episode is the MVP. A workflow famous to the point of caricature from the startup world.

Well, due to circumstances, and me not having any sort of financial runway, this is roughly how I got started with Oxbridge Notes.

I went from writing my first line of code to having my first paying customer in something like two weeks.

Yet, later in my career, I invested like 6 months of my own time and someone else's time into getting a startup in front of any customers only to find there was zero interest.

So looking back over things, I much much prefer the light-footed and cheap approach of Oxbridge-Notes to that latter approach.

This ties into my view that the second-worst thing you can do in programming is to implement it incorrectly -- whereas the absolute worst thing you can do, is to build the wrong thing: be that through misunderstanding the spec or through creating something that already exists elsewhere, or through building something that no customer wants; that there’s no real world desire for.

To set the scene a bit, I was fresh out of college. A couple of months out and I'd done a bit of work in a corporate law firm but I absolutely despised it. It was not well suited for my temperament at all.

I felt suffocated by the corporateness of it and I just couldn't imagine a life like that. So I pulled the plug and went back to live with my parents, which was not exactly ideal. And they weren’t delighted about that either, to say the least.

I spent a few months doing web design work; bits and scraps. But not really making ends meet. I was sponging off my parents for the most part and they were getting frustrated with the situation, and it got to the point where they were getting trade magazines and newspapers and circling relevant positions.

And then I thought oomph, maybe I should start taking these? I also felt a sense of FOMO because my friends were off in Dublin or London working professional jobs and here I was, back with my parents.

It's not what I imagined for myself after finishing college. So with that, I felt a lot of pressure to get something going quickly or just to give up on this idea of being independent.

How Did I Get The Idea?

How did I get the idea for Oxbridge-Notes?

Well, I got the inkling that law notes could be a hot commodity back when I was at college.

For example, one of my friends fell asleep at the library and when she woke up, this massive binder of handwritten notes was stolen from her. And you know, these weren’t printouts, so this really cost her dearly.

On top of that, I also heard this rumor that in retrospect is almost definitely untrue. That this socialite went and seduced someone known as God due to how good his notes were. And while he was asleep she put a USB stick into his computer and transferred all the notes to herself.

So this gave me the feeling that these were really hot commodities. On top of that, as a fresh law student out of college only a couple of months, I had a bunch of law notes. I also knew a load of students that had covered other areas I hadn’t covered or had covered them better than I had.

Oxbridge Notes wasn't the only business idea I was considering at the time.

I had a notebook with a bunch of things I’d scribbled down over the previous months, and the main contender was a kitten delivery service. You heard that right.

The idea was that I would travel to a remote breeder of some sort of posh cats, pick up the kitten, and then deliver it to its posh owner somewhere.

So in order to decide between all these business ideas, I looked at their market size or rather even whether there was a market for it; in the sense of people already buying that product.

Whereas with the law notes, there were at least three competitors. There was a traditionally published approach, and they had this booklet of law notes to help you pass exams. There was an online website offering something similar to what I wanted to offer, except — in my opinion — at a lower quality. And then there was an eBay seller, and the cool thing about that was that I could see how many sales they were getting because that's public information on eBay.

Unfortunately, I don't have the original website available. But what I do have is a website that I created around the same time and maintained for around a year. It's called Findgrinds.ie.

A grind in Ireland is a very strange word for a private tutor. Especially for people in secondary school. So you can see my design chops back in the day.

Based on this and my memory, I have recreated a version of Oxbridge Notes in this photograph here.

You can see I used a really simple color scheme. Just red, black, and white. And I had some images of the notes and then I had a PayPal button where all the action was. That really was it.

I don't think you could do that today. I don't think such an unprofessional website would get sales. But then again you can create a professional-looking website incredibly easy today, and so the time outlay is less if anything.

You’re looking at the architecture of my original system.

The reddish box is a single HTML page and on that single page, I have six images in the JPEG format.

A PayPal button that was copied and pasted via some, I don't know, JavaScript or probably pre JavaScript, like Iframe code, and a single CSS file containing upwards of 100 Lines.

All of this was deployed via the drag-drop system to an FTP server on GoDaddy or some equivalent. I can't remember.

The payment process was equally advanced.

A customer clicked ‘buy’ on my site and then was redirected to paypal.com where they entered their credit card details and paid.

After paying, a customer sees some auto message from PayPal saying “your notes will be emailed to you within 24 hours".

Hopefully within 24-hours, I receive an email from PayPal and manually email a Zip-file of the notes to the customer in question. In practice, sometimes I was later than 24 hours and I would have to offer a refund because it was too late.

This probably goes without saying, but I did not create any sort of corporate structure for the product. I just launched it under my own name.

I didn't think about how to connect sales tax to my accounting. In fact, I wasn’t even aware that I would have to collect sales tax. That's how green I was. I just kind of jumped in and figured it out as I went along.

And I think that's probably better than being paralyzed by indecision and fear of getting something wrong. You know the world is not watching oftentimes.

It took me less than a week to get the coding aspect of it live. Then it was time to market. The first thing I did was submit it to Google in hopes that they’d index it and catapult me up to the top.

That of course was unsuccessful, as was my spamming all the social bookmarking websites like Digg and whatever it was back then.

Got downvoted to oblivion because as a niche product it was of no interest to the general internet.

I probably would have remained having zero traffic but for the fact that I had a friend who worked in online marketing and he knew AdWords and he offered to come over and get me set up.

I probably put in about 20 euro that evening, then the next morning I woke up and I checked my email and sure enough there is an email from PayPal that some complete stranger had transferred to me $49.99.

That was a completely surreal feeling and it still feels absolutely incredible; the sense that some complete stranger has bought something from you, that has happened automatically when you're not, you know, synchronously present. And that it is something that you have brought into the world yourself, it's all a very cool feeling for at least someone with my makeup.

And as I was reading that email, I got another email from PayPal again. And a different person had also bought a product. And this pretty much continued and within a few months, I was self-sufficient and I moved to a country with a very low cost of living. I moved to Bolivia and worked from there for a while and as things got better, I rented a cheap room in Tokyo and got to, you know, see that city for a while and get the travel bug out of my system.

Considering that I’d done an MVP in the past, You’d have thought I'd have that workflow cemented into my system. But I did not.

In 2018, me and a friend set up a company called Crypteon. There’s a prize for anyone who can guess what industry that was in.

So we had this marvelously complex database schema. We had this cool AWS Security group system. We had cold wallets. We simulated an Ethereum network. We used tons of different programming languages, we had a rich React front-end. Oh man, everything.

You name it, we've done it.

And when we opened our doors? Nothing happened.

You know, people were like... meh. There was very little interest. and a couple of months later we decided to shut it down, you know.

It just wasn't taking off and it wasn't worth the expense and risks that it entailed.

We could have figured this out much earlier, had we followed an MVP workflow and now I'm doubling down on my interest in sticking to that in future projects.

MVP Applies To Features Too

A lot of people think that the Minimum Viable Product workflow only applies to new software companies or to startups, whatever. That's completely untrue.

No matter where you are in your software development process, it’s important to verify that the feature will be used.

So I created this feature, it took quite a bit of time. The way it works is, you put in a postcode and you'll find a bunch of tutors there, and you can kind of click in and hire them...whatever.

I could have gotten the same information, i.e. the information that my market doesn't want this feature, by just creating that same link to the law tutors page that you saw up here in the header and then measuring how many people clicked through and then making a decision on that number.

That's all I've got for this week.

Next time, I'm going to discuss software dependencies or rather how to trim them.

If there is anything that destroys a software project, it’s too many dependencies.

Thank you for watching.